“This group of guys meets my approval every night,” Ricky says.  “Each and every one of the pickers in Kentucky Thunder totally amazes me in every show…and that, to me, outweighs any award we could ever win.”  The all-star lineup of Kentucky Thunder includes Russ Carson (banjo), Jake Workman (lead guitar), Dennis Parker (baritone vocals, guitar), Jeff Picker (bass, bass vocals), Mike Rogers (tenor vocals, rhythm guitar) and Billy Contreras (fiddle). 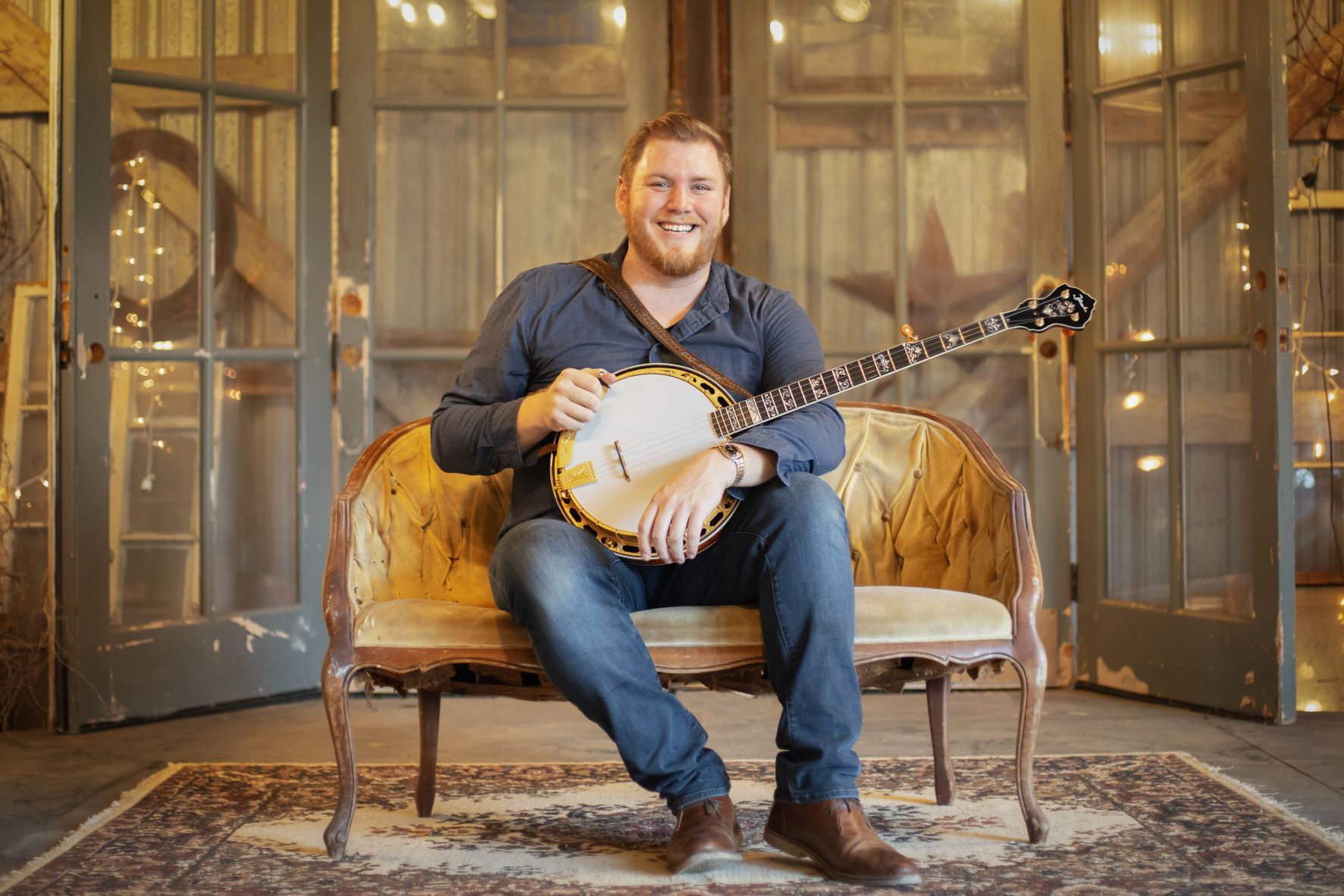 Russ Carson came by his passion for the banjo honestly: his father has made handcrafted banjos and played old-time fiddle and banjo since the early 1970’s. As a result of the never-ending live music played around him while growing up, Russ started playing bluegrass at age 10, and has been an avid student and performer of the genre ever since. During his time as a band member with Gold Heart and subsequently Audie Blaylock & Redline, he was able to work with industry legends such as Del & Ronnie McCoury, Bobby Osborne, Carl Jackson, Glen Duncan, Lou Reid and many others. His latest project, Avenue Of The Giants, was described by fellow Pennsylvanian and mentor Tom Adams as being, “right at the edge of the music where they reach out and insist that you become part of the music…”, an accurate portrayal of Russ’ presence on stage with Kentucky Thunder as well. When not performing, Russ creates quality videos and photos using his second love, photography 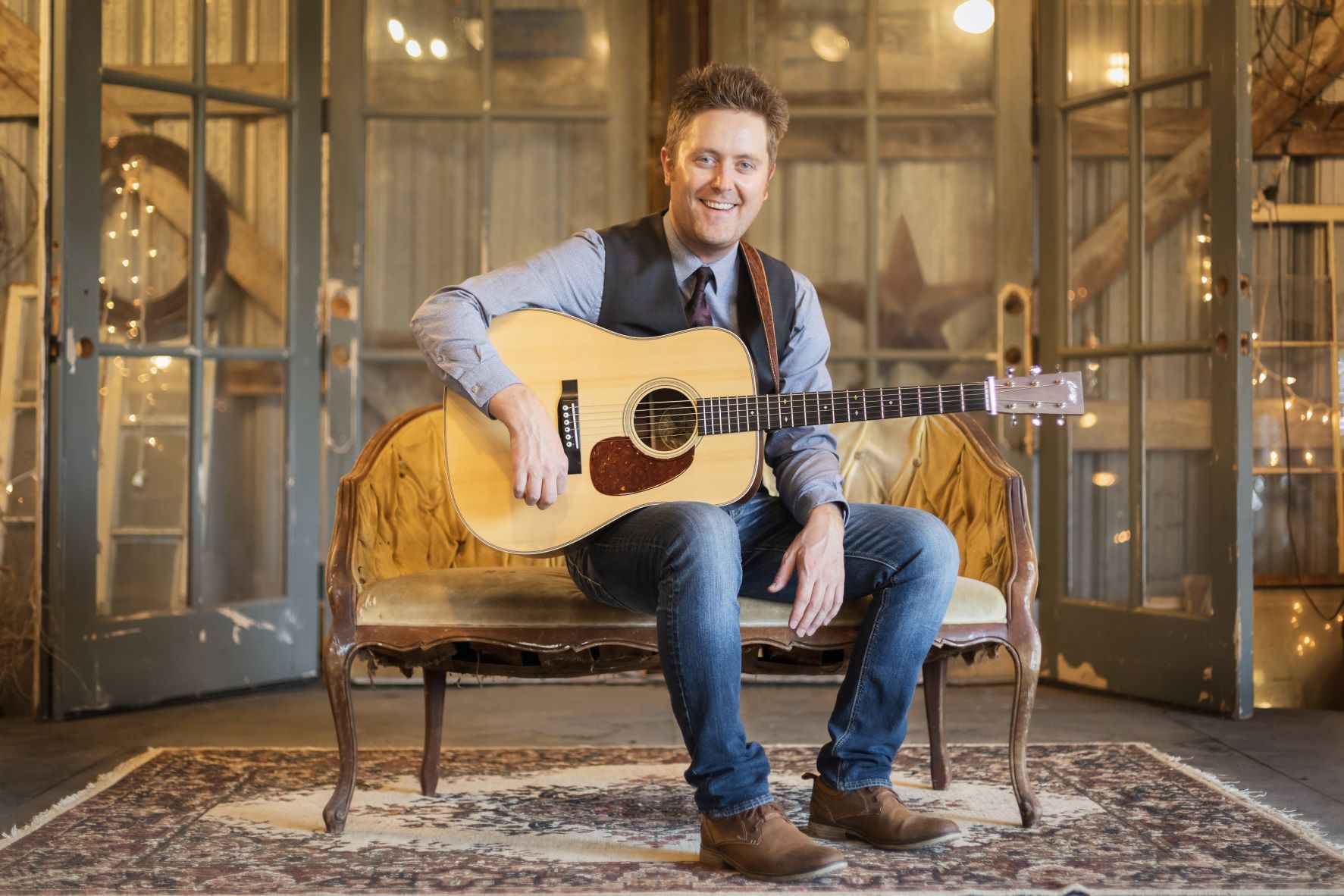 Jake Workman, hailing from Draper, Utah, began playing the guitar when he received one for his 13th birthday in 2001. A year and a half later after starting the guitar, Jake’s introduction to bluegrass music came when his parents surprised him with a banjo for Christmas. Jake’s love for bluegrass grew heavily over the next few years as he attended jams and festivals throughout the Western states and eventually the entire country. He entered many instrument contests and won many titles on guitar, banjo and mandolin. In 2007 while attending the National Flat Pick Guitar Championship in Winfield, Kansas, Jake met other musicians that later would help form the Midwest-based band, Driven. Jake has also played in Salt Lake City based groups Cold Creek, The Aaron Ashton Band, and the Jake and Rebekah Workman Band. He has a degree in jazz guitar performance from the University of Utah and his playing showcases his extensive knowledge in rock and jazz genres, but he is mostly influenced by traditional bluegrass. When not performing, he teaches many private lessons, writes music and works in the studio. Jake was recently featured on the cover of the May/June 2015 issue of Flatpicking Guitar Magazine and is the lead guitarist for Kentucky Thunder. 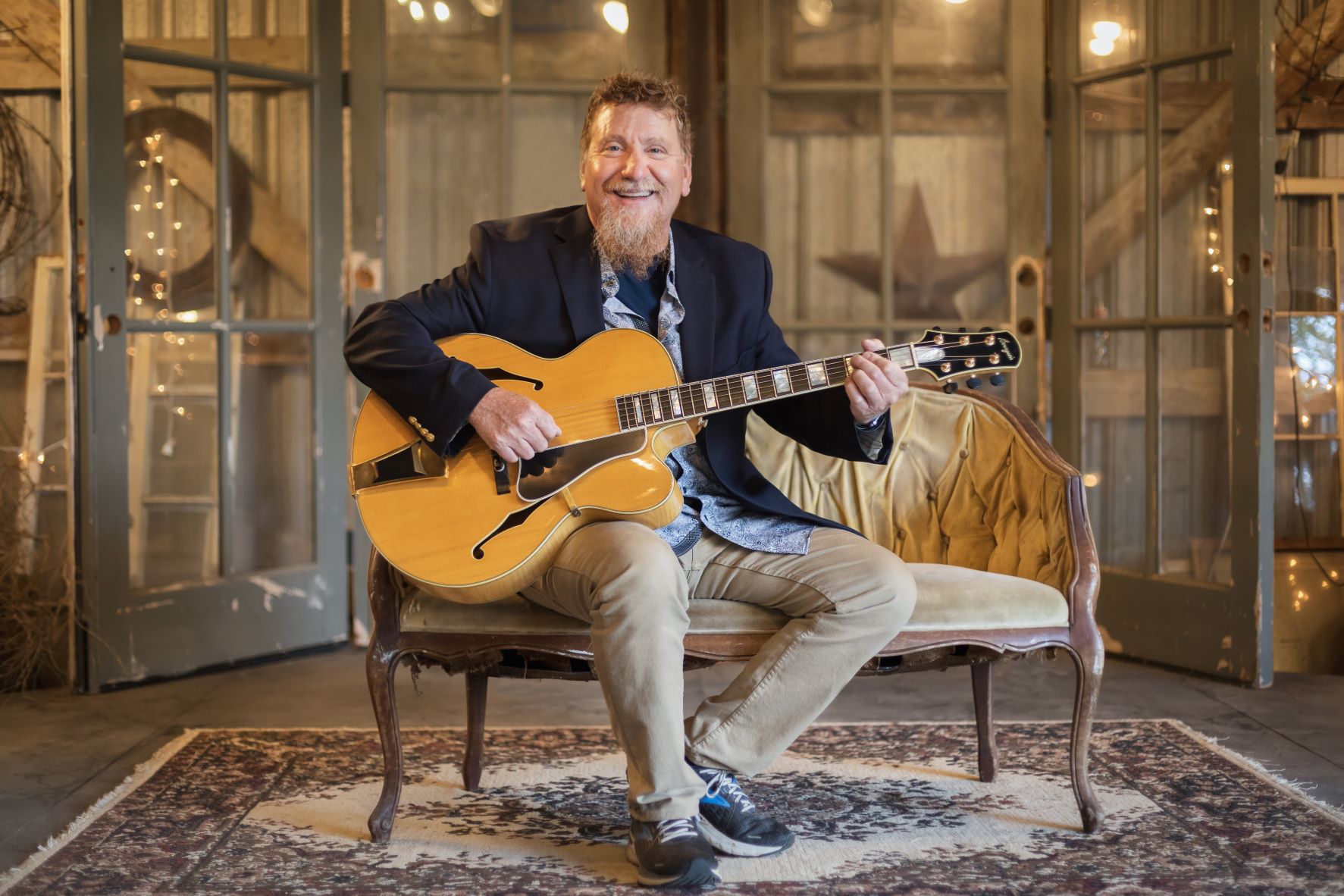 Dennis Parker is no stranger working with Ricky Skaggs, being a former member of Kentucky Thunder and sharing a GRAMMY win on Ricky Skaggs’ Bluegrass Rules! album with guitar, mandolin and vocal credits on the successful release. Dennis has also played professionally with Lee Ann Womack, Tracy Lawrence, Joe Diffie, and Mark Chesnutt, among others. He is equally at home playing blues, soul, country, gospel, pop, and contemporary Christian music styles. Dennis is a master at multiple instruments including fiddle, banjo and mandolin, but favors the guitar. As a musician full of soul, it is revealed in his playing style, his vocals, and at times in his right leg! Dennis is a previous state contest winner on fiddle, banjo and guitar and has won multiple other contests in many states. As a baritone vocalist and guitarist for Kentucky Thunder, we welcome Dennis back working with Ricky and the band. 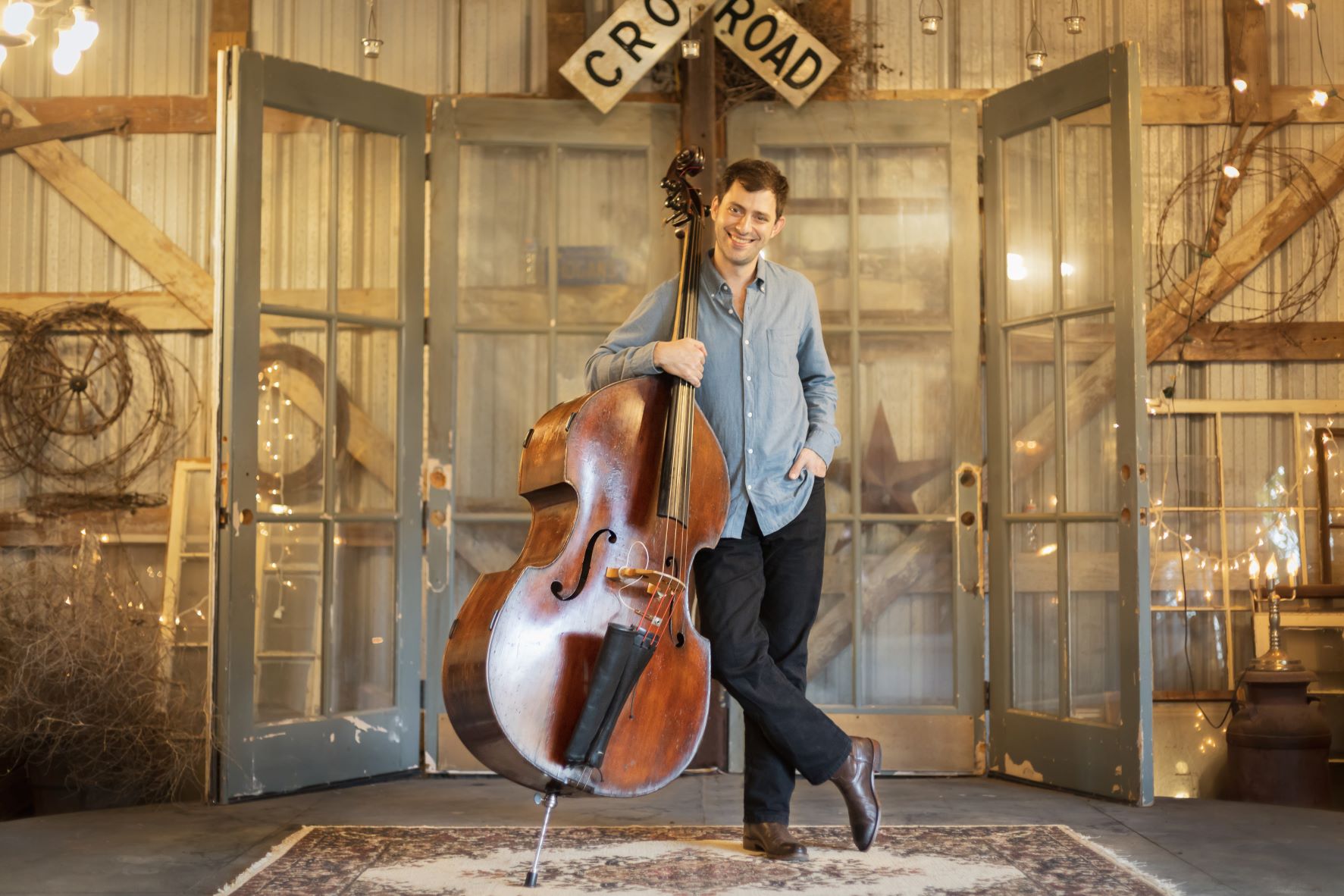 Jeff Picker plays the double bass and his unique blend of bluegrass, folk, western swing, and jazz influences have made him a highly in-demand sideman along with an exciting creative voice on the roots music scene. As a teenager, Jeff immersed himself deeply in the jazz idiom, and at the age of 18 was awarded the title of Presidential Scholar in the Arts in Jazz by the U.S. Department of Education. In his early 20s he fell in love with bluegrass and roots music and has never looked back. Since then he’s had the pleasure of working professionally with a wide variety of roots artists in New York City and beyond, including several years on the road with GRAMMY-winning singer/songwriter and multi-instrumentalist Sarah Jarosz. Jeff was raised in Portland, Ore. and Dallas, Texas, and was based in New York City for 11 years. He joins Ricky and the guys as the bassist and bass vocalist in Kentucky Thunder. 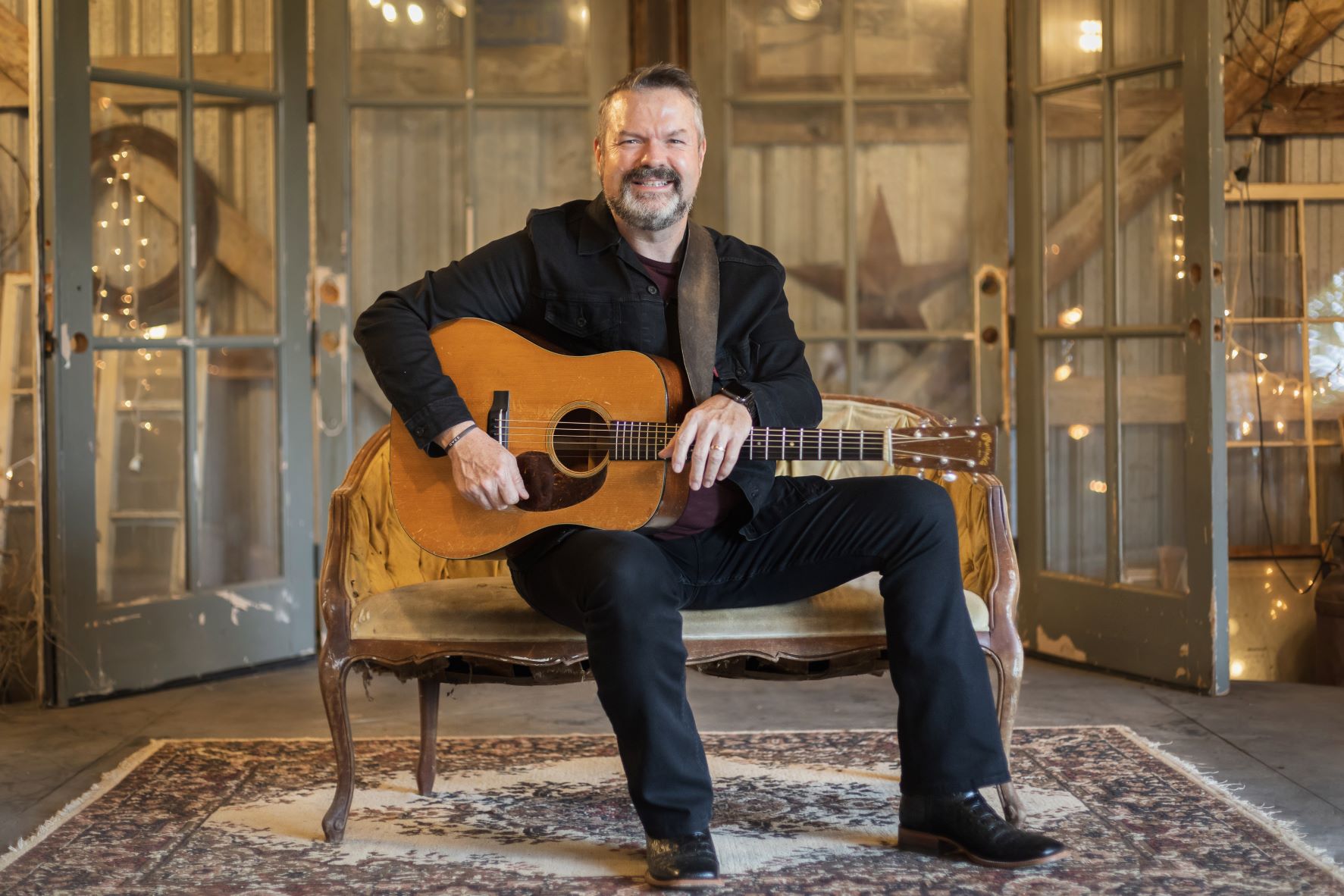 Best known in Nashville for his drumming skills, many are shocked when they see and hear Mike Rogers up front playing guitar as little do they know that the guitar was his first instrument. Born and raised in Myrtle Beach, S.C., Rogers, whose father Tom was a South Carolina state fiddle champion, took an interest in music at a very early age. By the end of high school, Rogers was backing a former Liberty Records artist on drums and considering the move to Nashville. After deciding to stay in Myrtle Beach, start a family and play music at the local music theater, Rogers made the move to Nashville in 2002 where he would play drums and some acoustic guitar for the likes of country artist Kevin Denney and Craig Morgan. After a break from the drums to concentrate on lead vocals and acoustic guitar with bluegrass legend Doyle Lawson, Rogers jumped back into country music again with Craig Morgan, this time on acoustic, ganjo and steel guitar. Rogers also includes singer, producer and songwriter to his resume. In 2009 he co-wrote one of the most played songs that year, “Bonfire,” recorded by Craig Morgan. He has since penned songs for Doyle Lawson & Quicksilver, The Lonesome River Band and Jimmy Fortune. He also had the opportunity to produce, perform and write songs for Jimmy Fortune’s album, “Lessons.” With all of these wonderful talents, Rogers sings tenor vocals and plays rhythm guitar in Kentucky Thunder. 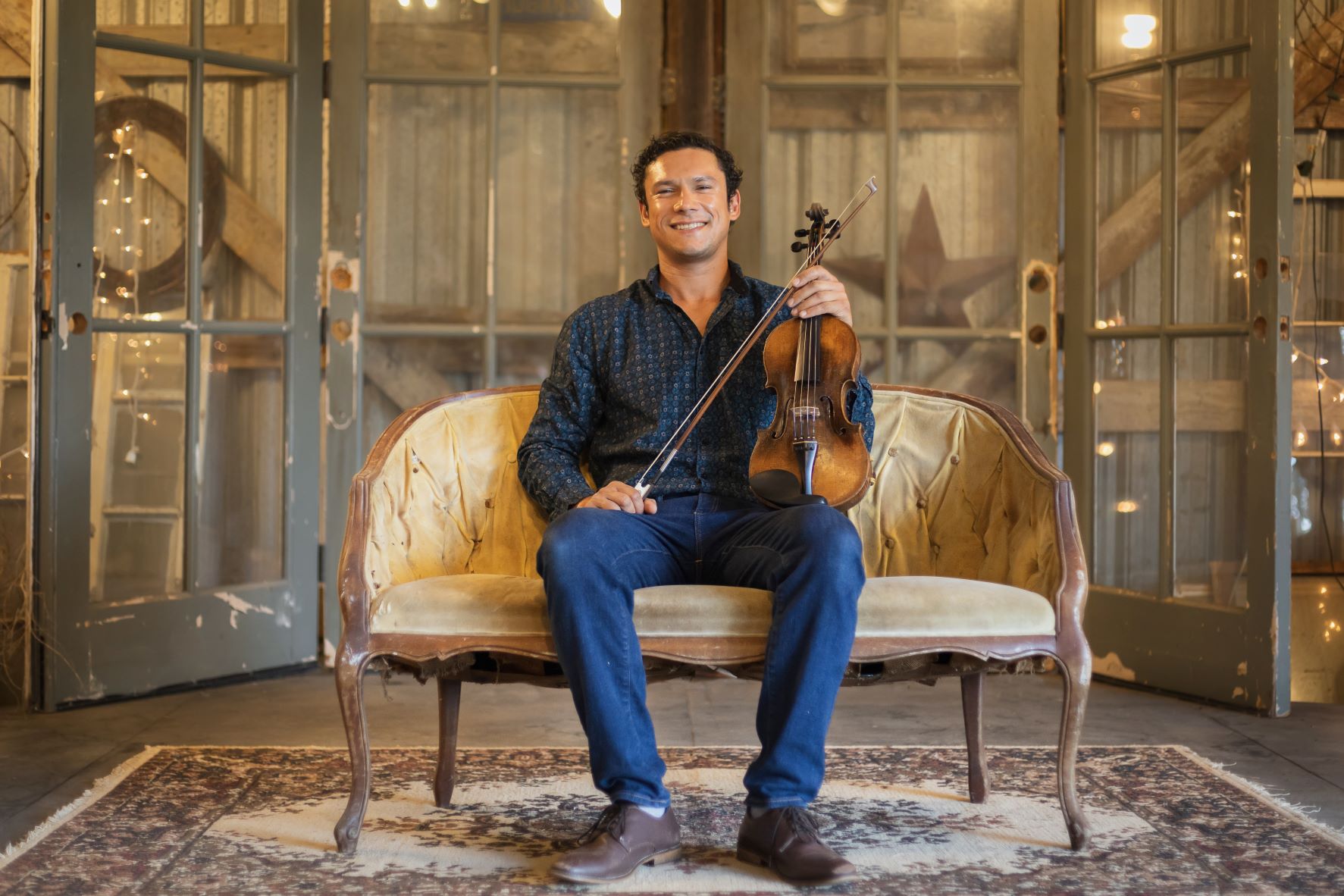 Billy Contreras is a fiddler from Nashville, Tennessee. He studied with Buddy Spicher and Rachel-Barton Pine and has performed or recorded with Lionel Hampton, George Jones, Doc Severinsen, Hank Thompson, Hank Jones, Crystal Gayle, Grady Tate, Charlie Louvin, Al Grey, Ray Price, Marty Stuart, Bela Fleck, the Cincinnati Pops Orchestra and the Nashville Symphony. Contreras is an artist, educator, session player, arranger and producer. He teaches at Belmont University, with his musical influences ranging from Frazier Moss to Ottorino Respighi and from Charles Lloyd to Bob Wills. Playing the fiddle in Kentucky Thunder, Contreras is a welcome addition to the band.