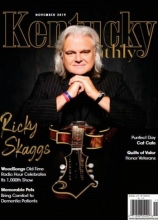 Country music and bluegrass icon Ricky Skaggs is celebrating 60 years in the music business this year, and he’s only 65.

Born in Cordell (Lawrence County), Kentucky, Skaggs began playing mandolin at 5 and created a name for himself locally. When he was 6, Bill Monroe, the father of bluegrass music, came to town. The crowd convinced Monroe to give Skaggs a chance, and the child got on stage and played Monroe’s mandolin. And so began the working life of a child prodigy.

Skaggs had a stellar 2018 with admission to the National Fiddler Hall of Fame, the International Bluegrass Music Association’s (IBMA) Music Hall of Fame and the Country Music Hall of Fame. Over the years, he has played with Ralph Stanley, Emmylou Harris, Flatts and Scruggs, Keith Whitley, Dolly Parton, Patty Loveless and the Dixie Chicks. 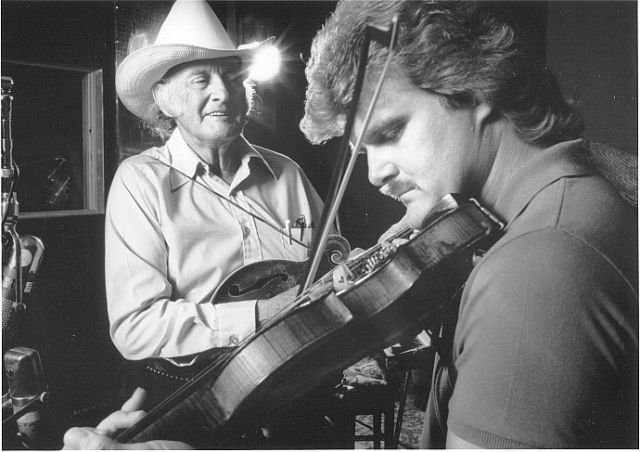 While all the awards—including the 15 Grammys he has won over the years and the 1985 Entertainer of the Year Award from the Country Music Association—are impressive, being inducted into the Country Music Hall of Fame is an honor few musicians receive.

How did it feel to be admitted to that rarefied group? “I still have to take the garbage out,” Skaggs said. He credits his wife of 38 years, gospel singer Sharon White, with keeping him humble and grounded. “It’s a tremendous honor. I make light about it, but it truly is a great, great honor. It’s truly a God thing—the goodness of God.”

It’s also an honor he never really expected. “I don’t think any musician goes to Nashville with the mindset of working hard and [being put] in the Hall of Fame,” he said. He does believe his faith has helped him throughout his career. “I’ve been diligent to read, study and live the Word. I always fall short, but not as short as I used to.”

Skaggs also believes growing up in eastern Kentucky influenced his life in music. He said he was related to or knew “a lot of great musicians that lived around Olive Hill and Grayson.” Skaggs appreciates history and genealogy, and believes all the great music that comes from Kentucky is not a coincidence. He feels that much of the traditional mountain music that so heavily influenced country and bluegrass derives from the “creativity the Scots-Irish immigrants brought to the hills and hollers” from their homes. “They came and just stayed there,” he said.

Long hunters—18th-century pioneers in Tennessee and Kentucky who spent extended periods of time hunting in the mountains—would travel to hunt, taking their music with them. Skaggs said that his ancestor, Henry Skaggs, was among them. They helped spread music across the region, which he believes helps explain the large number of gifted Kentucky musicians.

“I went to Ireland for the first time with Emmylou Harris, and the whole band was invited to a ceilidh [Scottish or Irish folk culture event],” Skaggs said. “It’s where like-minded people celebrate with music and food. It’s good, clean fun.”

He said he was the only band member who followed up on the invitation, and he was glad he did. “I thought I’d died and gone to eastern Kentucky,” he said. “It looked like Paintsville, Olive Hill or Grayson.” 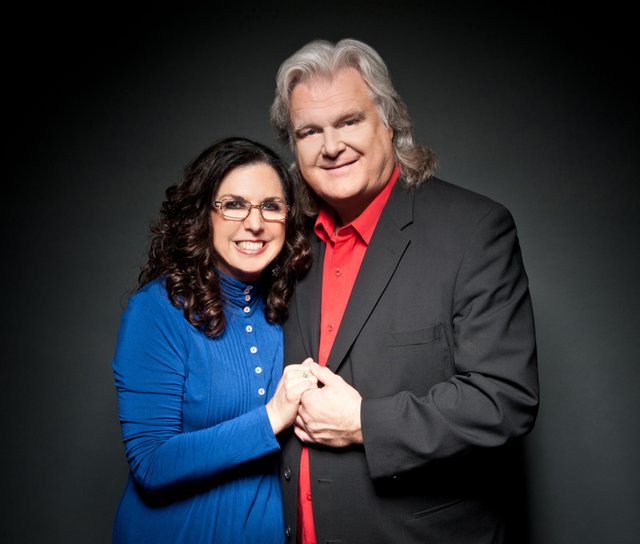 Appalachia clearly was an influence on Skaggs’ music, but so was his family. “Faith, family and friends are kind of like the triad—the Father, Son and Holy Ghost—of life in Kentucky,” he said. “You need family and good friends and faith. I got all of that from my mother and father.” Skaggs credits his parents with giving him a happy, stable childhood.

“[Home] was a place that was safe. I felt secure, and I knew when I woke up the next morning, my parents would be together,” he said. His father was a music-loving welder, and Skaggs describes his mother fondly as “godly but tough as a boot.” He has three siblings and said his parents were the family anchors. “We’d hook our boats to them.”

Skaggs was close to Keith Whitley, a talented singer/songwriter from Sandy Hook. “I met Keith Whitley later in life. But when you start playing at 5, 15 is later in life,” Skaggs said. He and Whitley joined bluegrass pioneer Ralph Stanley’s band in 1971. Whitley was an alcoholic who died of alcohol poisoning when he was just 33 years old. Skaggs was part of a Whitley tribute album in 1994 and performed at a concert this past May on the 30th anniversary of his friend’s death.

“I think he died without hope,” Skaggs said. “I think Keith had hope in his heart for Jesus, but alcoholism takes away your hope. It was tough to see Keith go that way. It shook up a lot of people in Nashville. A lot of people got sober because of Keith.” He said he hopes that some good came from losing a friend so young.

“There’s no doubt that Bill Monroe has been the most influential musician I’ve ever know in my life,” Skaggs said. “I still play his songs on the road.”

Not far behind Monroe in terms of influence is Ralph Stanley. “After Carter [Ralph’s brother] died, Ralph went back to the mountains,” Skaggs said. “Not just geographically but the sound, too.”

“Working with Emmylou Harris really helped to launch my country career,” Skaggs said. “She was fully 100 percent in my camp when I decided to leave the band.” He said there were no hard feelings.

“I left when she had a baby, and Emmylou took a whole year off,” he explained. He thought: “If there’s ever a time to get out of the nest, it’s now. I hope my wings are strong enough.”

His wings turned out to be plenty strong. The awards page on RickySkaggs.com is almost overwhelming. The 15 Grammy nominations, eight CMA awards and 13 IBMA awards are just some of the honors he’s garnered over the years. While he appreciates the awards from the different groups, Skaggs finds the division between bluegrass and country rather artificial. “Back when I was a kid, any radio station that was playing country like Buck Owens and Kitty Wells was also playing Bill Monroe, Flatts and Scruggs, and the Stanley Brothers,” he said. He doesn’t buy into the idea that bluegrass music doesn’t market well.

“I still love Kentucky,” Skaggs said. “I don’t live there anymore, but I’ve still got property in Lawrence County. I’ve got two brothers in Kentucky.

“I could have been born anywhere. But He chose Dorothy and Hobert Skaggs. He chose that they lived in eastern Kentucky. I grew up with grandparents and great-grandparents.”

Growing up in a rural setting clearly means a lot to Skaggs. “I love my heritage. I love the Skaggs history of the long hunters coming to Kentucky. I’ve got a lot of heritage that I’m proud of,” he said. The joy he gets from his triad—his family, friends and faith—is evident. “I’m thankful to be a Kentuckian.”