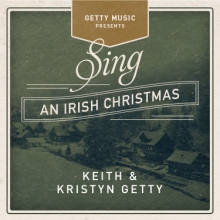 Ricky Skaggs Joins Keith & Kristyn Getty at the Fox Theater Dec. 18
Ireland’s own Keith & Kristyn Getty, known for carols and modern hymns such as “In Christ Alone,” bring their seventh annual tour of Sing! An Irish Christmas to Atlanta. The Gettys are joined by their band of virtuosic instrumentalists fusing Celtic, Bluegrass, Americana, Modern and Classical music along with cultural dance and the choral sounds of the holiday.

Come sing along with Keith & Kristyn and special guests Ricky Skaggs, David Crowder, David Platt and the 150 voices of the Jubal Chorus for an evening that unites tradition and innovation in a vibrant celebration of the season!

Go to www.gettymusic.com/atlanta to reserve your tickets TODAY!
Enter promo code SKAGGSFAMILY at checkout to save 20% on tickets.
Watch the preview video for both shows below!
IN NASHVILLE, TENN.–