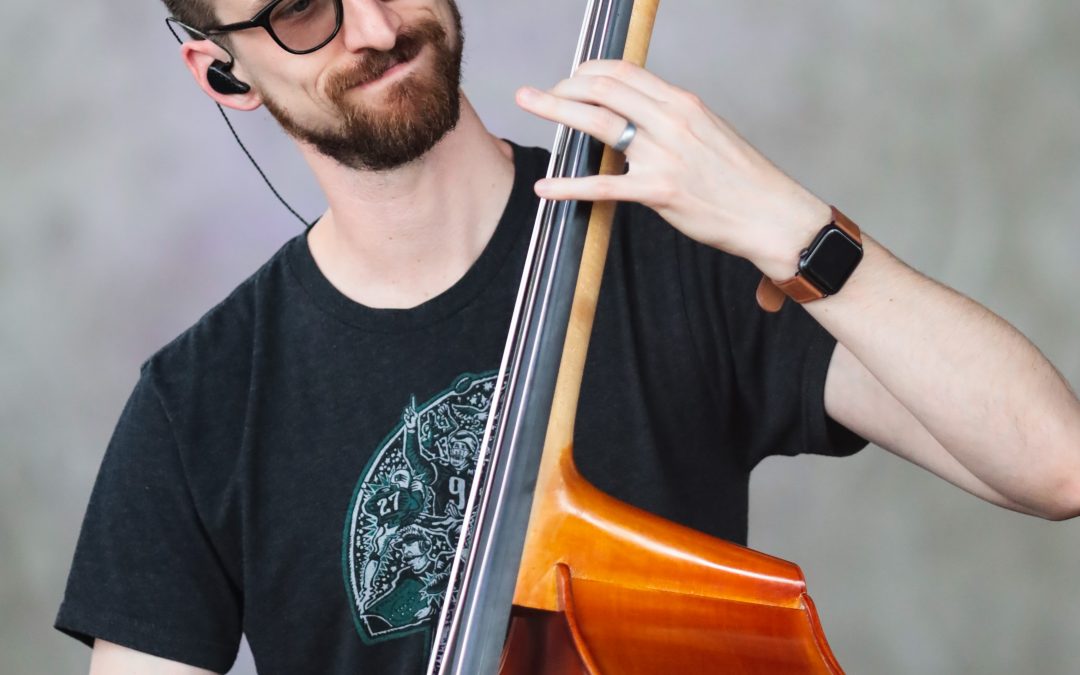 Kevin Gift, Jr. is a Nashville-based bassist and music director, originally from Philadelphia, Pennsylvania. After a string of ice hockey injuries forced him out of sports, he started to focus heavily on music beginning his senior year of high school. Having studied jazz in college, he became immersed in the world of bluegrass and folk during his tenure as the bassist in The Arcadian Wild. He has toured and performed with a wide variety of artists including Lauren Daigle, CeCe Winans, Postmodern Jukebox, Madison Ryann Ward, Clark Beckham, Nashville Life Music, Dynamo, and The McCrary Sisters. In Nashville, Kevin works as a session musician, educator, and producer. Kevin brings his diverse musical influences to the stage as the bassist and bass vocalist of Kentucky Thunder.